NEW YORK: Acreage Holdings announced it has entered into an agreement to acquire the real estate assets of Michigan-based Blue Tire Holdings to bring cannabis products to Michigan residents throughout the state. Leading development efforts in the state will be a team of Acreage Holdings and Blue Tire experts, including Blue Tire’s Chief Medical Officer, Dr. Saqib Nakadar, who was recently appointed to the Michigan Medical Marijuana Advisory Panel.  Dr. Nakadar brings unparalleled medical cannabis experience and regulatory access to the venture for the state of Michigan. 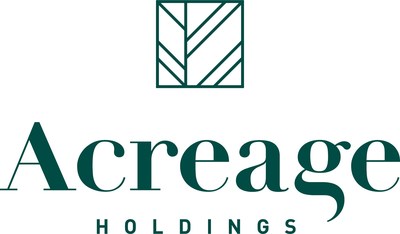 c spent the past several years acquiring a portfolio of real estate assets which, now through the expertise and financial resources of Acreage, are optimally suited to building a large scale vertical operation in Michigan, one of the highest per capita cannabis-use markets in the United States.  Blue Tire and Acreage will work together to acquire licenses to operate in the cannabis business in Michigan with respect to such properties.  Acreage will invest significant financial capital in Michigan to build out existing operations and hopes to acquire additional dispensary operations over the next few years.

The venture is already well positioned to start dispensary operations with municipal licenses in key cities throughout the state including; Detroit, Bay City, Battle Creek, Lansing, and Ann Arbor. Real estate assets have been secured in strategic locations, including a 55,000 square foot facility in Flint that will serve as a large-scale mixed use indoor facility to cultivate high-end cannabis, provide manufacturing and packaging services, and serve as a flagship retail location. Acreage will also leverage an additional 30 acre property in Vassar with a licensed greenhouse cultivation and processing facility.

Under the terms of the agreement, Great North Distributors will be Aphria’s exclusive cannabis representative in Canada. The first-of-its kind deal gives Aphria 100% coverage of all cannabis retailers, whether provincially or privately operated, across Canada from the first day of legal adult-use sales.

“With this agreement, Aphria has established an unparalleled sales network, and will hit the ground running from the very first day of legal adult-use sales,” said Jakob Ripshtein, Chief Commercial Officer of Aphria. “Great North Distributors provides us with an experienced, dedicated team with a proven track record of driving sales and exceptional performance across all provinces. This deal will ensure that Aphria’s brands and products are proudly represented by cannabis retailers throughout the country.”

As a subsidiary of Southern Glazer’s, North America’s largest wine and spirits distributor, Great North Distributors has reach across every province across Canada, including established relationships and expertise in working with provincially owned and operated retailers and private retailers alike. Great North Distributors will establish a dedicated cannabis sales team that will be responsible for acting as the selling agent of Aphria’s broad portfolio of adult-use cannabis brands and products to provincial retailers throughout Canada, from the most populated cities to the most remote locations.

Making and cooking with THC coconut oil is not as difficult as it may sound. It is a nifty way to consume cannabis. You can bake cannabis coconut oil into different types of edibles or take it alone. … END_OF_DOCUMENT_TOKEN_TO_BE_REPLACED

COLORADO: A 2021 survey finds a positive correlation between the number of COVID-19 cases and demand for medical cannabis; more than half of patients said they used cannabis "to feel happy." -- 55% … END_OF_DOCUMENT_TOKEN_TO_BE_REPLACED

DISTRICT OF COLUMBIA:  Over 200 drug policy, harm reduction, health care, and community based organizations from across the country today sent a letter to Rahul Gupta, Team Lead for the Office of … END_OF_DOCUMENT_TOKEN_TO_BE_REPLACED

Welcome to the latest installment of Curt's Cannabis Corner -- a series of educational articles from technical writer Curt Robbins at Higher Learning LV and MJNews Network. This collection … END_OF_DOCUMENT_TOKEN_TO_BE_REPLACED