Well my goodness, I do learn something new every day. Did you know the cannabinoid HU 210 has been shown to prevent amyloid beta-promoted inflammation? The endocannabinoids anandamide and noladin ether have also been shown the be neuroprotective against amyloid beta in vitro. That means blocking amyloids in early Alzheimer’s has a profound effect on slowing the disease progression of Alzheimer’s!Does this mean it could be– possibly–a cure for Alzheimer’s? Another notch on the medical marijuana belt! I was very interested in the research with MJ with Alzheimer’s, but why is it I just find this info? This should be blown wide open for Alzheimer”s research! I wish I had a bunch of money to donate to that research, because Alzheimer’s is a devastating disease. I think this is wonderful news! It sure beats a pill that has crappy side effects and unsure results. 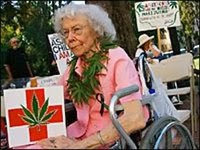 People my age should start with MJ products! I don’t want Alzheimer’s, so I definitely need weed in my life. Come on Wyoming! Let’s get on with it so we can put some money back into the state as well. Legalize it and decriminalize it for those over 21.I sure would like to be one of the FDA’s guinea pigs with the research and testing!Wyoming has the highest rate of gun ownership in the U.S.- no permit required to conceal or open-carry a firearm. No assault weapons ban, high capacity ban, or background checks.
We have never had a mass shooting and have the 7th lowest crime rate in the nation. So, why can’t we have marijuana? We have alcohol! Stupid crimes are committed because of alcohol. If they were high, would they still do it? I doubt it, I don’t get nuts on MJ like I do when I drink.

Making and cooking with THC coconut oil is not as difficult as it may sound. It is a nifty way to consume cannabis. You can bake cannabis coconut oil into different types of edibles or take it alone. … END_OF_DOCUMENT_TOKEN_TO_BE_REPLACED

COLORADO: A 2021 survey finds a positive correlation between the number of COVID-19 cases and demand for medical cannabis; more than half of patients said they used cannabis "to feel happy." -- 55% … END_OF_DOCUMENT_TOKEN_TO_BE_REPLACED

DISTRICT OF COLUMBIA:  Over 200 drug policy, harm reduction, health care, and community based organizations from across the country today sent a letter to Rahul Gupta, Team Lead for the Office of … END_OF_DOCUMENT_TOKEN_TO_BE_REPLACED

Welcome to the latest installment of Curt's Cannabis Corner -- a series of educational articles from technical writer Curt Robbins at Higher Learning LV and MJNews Network. This collection … END_OF_DOCUMENT_TOKEN_TO_BE_REPLACED