CALIFORNIA: 10 Reasons Why Stay at Home Moms Should use Marijuana without Guilt 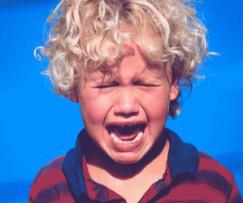 9. Marijuana saves families. Very few people can stay home and raise a family without wanting to lose their fucking minds at some point in the day. No matter what kind of parent you are there is a point in your day when you think, “what the fuck did I get myself into and how the hell am I going to function?” Marijuana can offer some perspective and remind the SAHM mom that this time is a gift and very temporary. Enjoy it, it’s ok—you are doing it for your family.

8. Marijuana is a plant. This deserves repeating. Marijuana is a plant, an organic herb, indigenous to earth and for all its inhabitants to enjoy. You know what marijuana isn’t? It isn’t a fucking chemical that comes with numerous side effects that can barely be listed in one commercial. Go natural and organic. Leave the Xanax, Valium, Wellbutrin, Ambien behind—they are all bad for your complexion anyhow.

8. Marijuana is a plant. This deserves repeating. Marijuana is a plant, an organic herb, indigenous to earth and for all its inhabitants to enjoy. You know what marijuana isn’t? It isn’t a fucking chemical that comes with numerous side effects that can barely be listed in one commercial. Go natural and organic. Leave the Xanax, Valium, Wellbutrin, Ambien behind—they are all bad for your complexion anyhow. 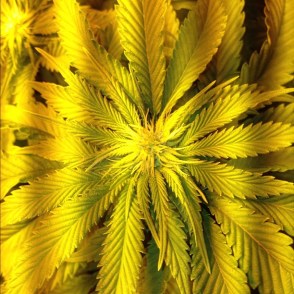 7. Marijuana is the key to happiness. The SAHM is responsible for raising respectful, healthy, educated, compassionate individuals that will go on in society to contribute and make the world a better place. Some might say raising kids is the most important job in the world. Most will say it’s the most difficult job in the world and there is no way on earth they could do it without wanting to put a bullet in their head. Marijuana decreases the need for bullets and creates happiness for everyone—most importantly, you.

6. Marijuana erases wrinkles. Well, not really, but it is much cheaper than Dr. Perricone’s Under Eye Cream and far more enjoyable.

5. Marijuana reduces symptoms caused by PMS. In short, marijuana can make you a great deal happier ALL month long. Imagine a world without PMS, PMDD, Pre-Menopause, Post Menopause all of the pauses. It could be magical, almost.

4. Marijuana helps you get through the shit. The SAHM literally works in shit. She literally spends her days cleaning dirty, pee-stained toilets and changing overloaded poop diapers. It’s not fun or pleasant. A stay at home mom should use all the tools at her resource to get through the shit. Any sane person would do the same thing and not feel guilty. It is only the insane who think they should get through all this without assistance.

3. Marijuana is outright legal in 2 states. And a legal medicine in almost 20 states. There is nothing like going to a medical marijuana dispensary. It’s similar to a trip to  Target where you can buy all the necessities at one store. Moms feel no guilt going to Target and buying toilet paper and diapers and they shouldn’t feel any guilt purchasing a little Platinum Kush and a special brownie to soften the constant blows of motherhood.

2. Marijuana is a gateway to spirituality. The Rastaman must use marijuana. It is an integral component of his religion. If you look marijuana and spirituality up on Wikipedia you will see this plant has been around for centuries and used by people to alleviate pain and sorrow throughout history. Marijuana use is not a modern man creation. What is new is the associated negative stigma. Let’s all take note from Bob and “lively up yourself”. It’s just good parenting.

1. Marijuana has accepted medicinal use. CNN’s Dr. Sanjay Gupta has recently changed his position on pot because, “It doesn’t have a high potential for abuse, and there are very legitimate medical applications. In fact, sometimes marijuana is the only thing that works.” The herb isn’t for everybody, but if it is and it works for you and your family then do it without guilt. Gupta also stated, “We have been terribly and systematically misled for nearly 70 years in the United States, and I apologize for my own role in that,”….

Making and cooking with THC coconut oil is not as difficult as it may sound. It is a nifty way to consume cannabis. You can bake cannabis coconut oil into different types of edibles or take it alone. … END_OF_DOCUMENT_TOKEN_TO_BE_REPLACED

Anyone who’s suffered throughout their life with uncooperative skin has probably looked at many solutions to their troubles. Once they’ve exhausted other more obvious solutions, they may then cast a … END_OF_DOCUMENT_TOKEN_TO_BE_REPLACED

DISTRICT OF COLUMBIA:  Over 200 drug policy, harm reduction, health care, and community based organizations from across the country today sent a letter to Rahul Gupta, Team Lead for the Office of … END_OF_DOCUMENT_TOKEN_TO_BE_REPLACED

Welcome to the second installment in the new series of educational articles from technical writer Curt Robbins at Higher Learning LV and MJNews Network. This collection is intended for cannabis and … END_OF_DOCUMENT_TOKEN_TO_BE_REPLACED